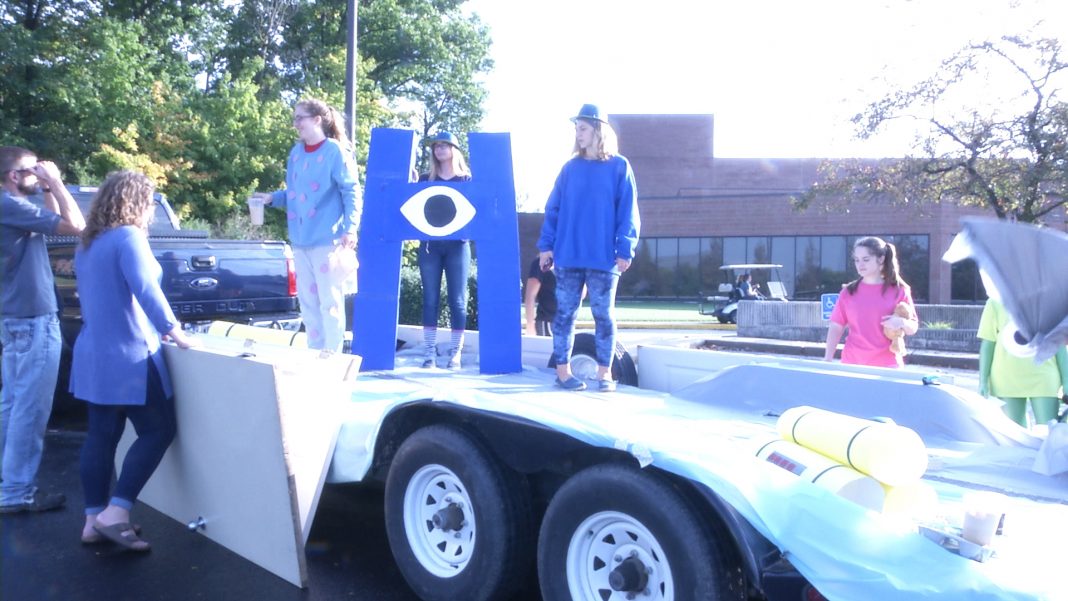 HUNTINGTON, Ind (FDN)- Forester Homecoming festivities kicked off on Saturday with the annual parade. Crowds from the Huntington campus and community arrived to see the floats and homecoming court.

Travis Rippe and Matea Knispel led the Homecoming parade as 2018 king and queen.  The HU dorms filed into the MCA parking lot to complete the final touches on the floats. The doors opened for the scarers of Hardy/Wright with a Monsters INC inspired float followed by the TV-singing show, “The Forester Voice” from Baker/Roush.

The red carpet spread out and paparazzi swarmed the star-strutted Livingston float, which was followed by two spidermen for the Miller/Meadows.

The parade route ended at the quad with a nail-biting Powderpuff football championship between the returning champions of Hardy 3rd and Livingston 1st. After a long fought and muddy battle, Hardy 3rd came out victorious by defending their title for the third year in a row.